I’ve been a young Catholic professional for a pretty long time; in fact, much longer than I have been a Young Catholic Professional. Much of my life has been trying to live my life with virtue and integrity, and it reflected in my career as an Airman, and later as a businessman. Not only did my faith guide me in making the right decisions in my career, but also became a sense of hope when I was going through one of the scariest times of my life: transitioning into becoming a civilian.

Making the decision to leave the only career I had ever known wasn’t an easy one to come to. I had a promising future ahead of me if I had stayed in. I had applied and was accepted to Officer Training School, and the sky was literally the limit to where I could go. All of this was very exciting . . . but it didn’t feel right. Upon applying for Officer Training School, I waited for months to receive an answer. During those months, I had a lot of time to reflect. I thought about it, and prayed, and ultimately realized I was ready to transition my life. I was ready to move on. A few weeks after I had come to this realization, I received official word that I had been accepted. I was very proud of what I had accomplished, but I ultimately didn’t feel any different. It was at that very moment; all the anxiety of the decision was gone. I felt at peace . . . at least for a time.

After the decision to get out of the Air Force was finalized, next came the real hard part: preparation. I had already been very diligent in making sure I had my degree, but wanted to ensure that I would be able to find the right career as I made my way out. I had turned in countless applications to dozens of companies, and had gone on several interviews. I was having no luck. There were many nights where I felt I was being tested. I wasn’t sure if I had made the right decision, but I would pray on it and feel at peace. It was my faith that kept me grounded through all of it. I knew that God would guide me through this, and that all I had to do was stay faithful. By luck, it turned out that my dad knew someone who had worked within a company I had my eye on. This company was great, and had an amazing culture. It was truly a place that I wanted to start my new career in. Finally, I received a call from the company I had been dreaming of. I got my first interview for a Scrum Master position they had posted for. I was elated to finally have the opportunity to get my foot in the door. The interview went amazingly, but unfortunately, they were looking to hire a lot sooner than I would be available. I wasn’t shaken by this initial rejection. I knew that I would be given the opportunity to apply again. A short time later, a new position was posted by the company and I jumped at it! As luck would have it, I got to interview with the same director that I had the first time. She had loved my first interview, and was hoping I would apply for this position. A few short weeks after my interview I received the call: I had a career. 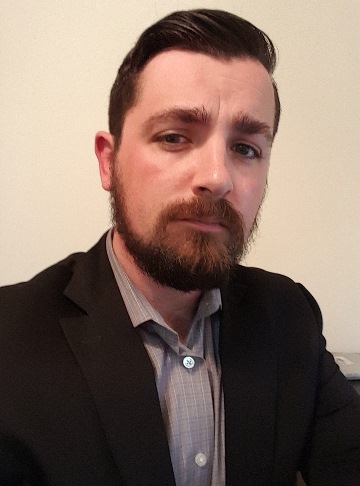 Written by: John Geppert, Member of the YCP Omaha team